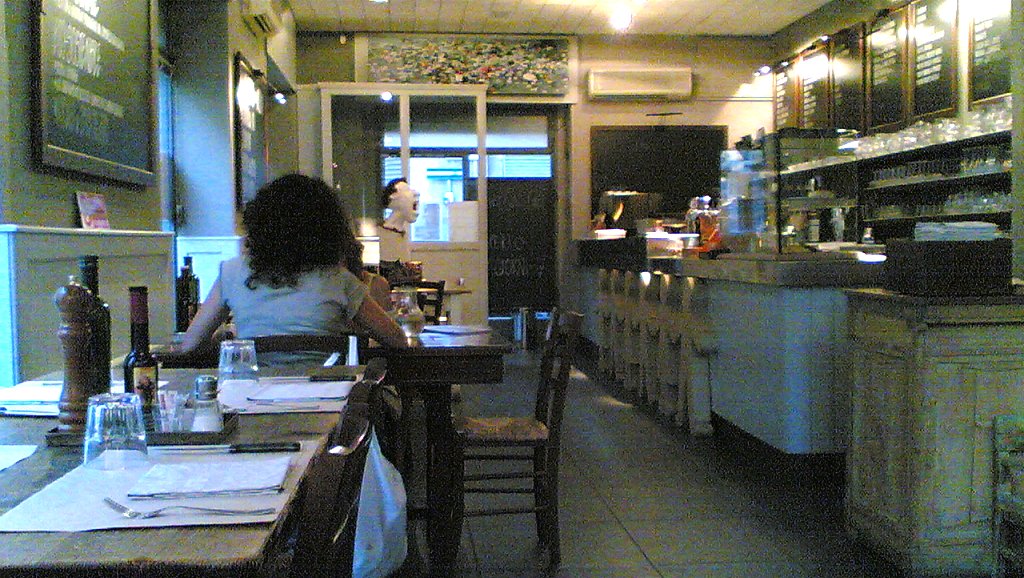 
.:. Berberè
Good pizzas anyway, but really captivating for those who take care of what exactly the eat. More Berberè branches in town are at Via Alfredo Cappellini 18/A (Stazione Centrale district, phone number 0238316849) and Via Sebenico 21 (Isola district, 0236707820).


.:. Fabbrica
The setting is reminiscent of a factory - this is what the word means - it once would seem to have been. They make good pizzas, food and yummy desserts. Another Fabbrica is found in the Navigli district, at Alzaia Naviglio Grande 70 (phone number 028358297).


.:. Grand'Italia
A prominent name for affordable pizza in the center of Milan, plus good first courses, meat dishes, and salads. Friendly atmosphere. A very nice, talkative lady at the cashier. Open late.


.:. Spontini
Since 1953, here pizza comes by the slice (al trancio), normal size or generous (abbondante). There's just one kind, the thick sort of dough base, possibly with anchovies here and there.
.:. The last renovation works have made the place a bit less appealing, but the choice of dishes available has widened.
.:. Thirteen more recent Spontini branches have been inaugurated in town. Chronologically speaking, the first among them are located at Viale Papiniano 43 (Fiera district, phone number 0283660098), Via Marghera 3 (Corso Vercelli district, 0243514223), Via Cenisio 37 (Monumentale district, 0234593686) and Piazza Cinque Giornate 6 (Porta Vittoria district, 025463520), all open during the weekend, too.


.:. Strambio Sei
A reliable family business, next to the scientific departments of the University. Mainly pizza and salads, though some people come here on purpose to have some seafood at a reasonable price.