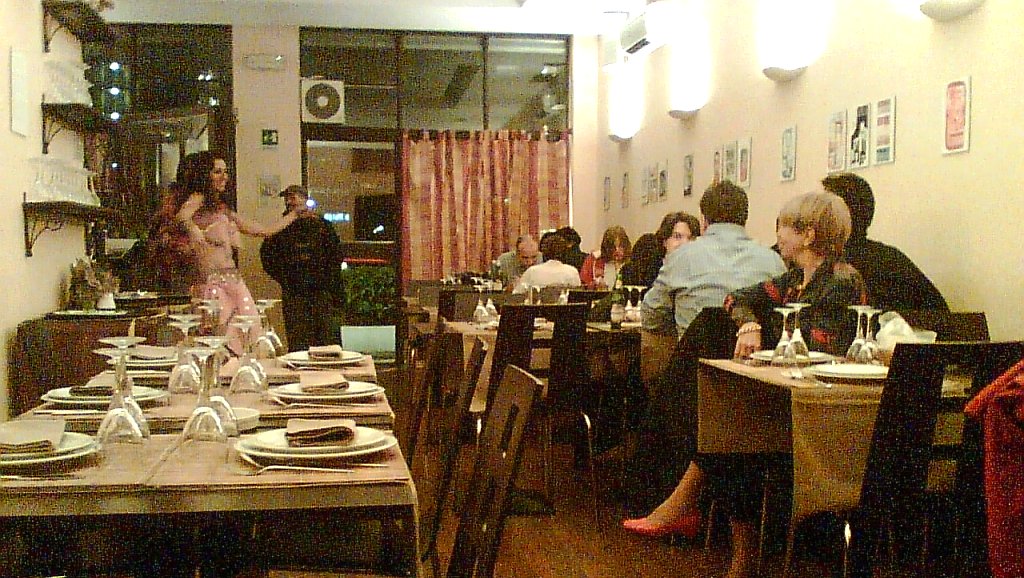 
.:. Balafon
African setting, people and food. You can have a proper meal or enjoy a drink with a background of Afro music.


.:. Cueva Maya
Very good Tex-Mex food and it shows: it's always packed. Booking essential. Sunday brunch.
.:. Within walking distance of the restaurant there used to be the Otra Vez, under the same management and providing the same food. But it has closed.


.:. Giardino di Giada
A good, reliable Chinese restaurant right behind the Duomo. In Milan since 1980, it belongs to a renowned Chinese family, and has become a sort of landmark for the Milanese.


.:. Jubin
Chinese food, some Thai specialities and sushi in the heart of the Milanese Chinatown. You won't get out smelling of fried chicken. Take away, too.


.:. Mandarin 2
Unquestionably, the most acclaimed affordable Chinese restaurant in town. (If you're coming by car - and the area is crowded - there's a good old garage next door until 1:30 at night.)

Via Garofalo 22/a
Città Studi district


.:. Re Salomone
Good kosher restaurant, certified by the Rabbinate of Milan, in the old Fiera area: falafel, humus and pita but also moussaka and chips. Food from the culinary traditions of Israel, Egypt, Lebanon, Syria and Persia.
.:. Take away, too.


.:. Shiva
Since 1997, this Indian restaurant has stood out for its traditional Tandoor oven, its good selection of Italian wines and excellent sauces. Meals come to a deliciously flavoursome end with a "cocktail" of seeds, spices and raisins to chew on. A gracious welcome in three softly lit rooms (one for smokers).
$$$


.:. Warsà
One of the best known Eritrean restaurants in Milan. The main course comes as a single helping for two people (a vegetarian version is also available): spiced meat and vegetables served on the typical thin, spongy bread called em>ingerà, which is used instead of cutlery. Try the dessert made of sesame and the tea with cinnamon and cloves.