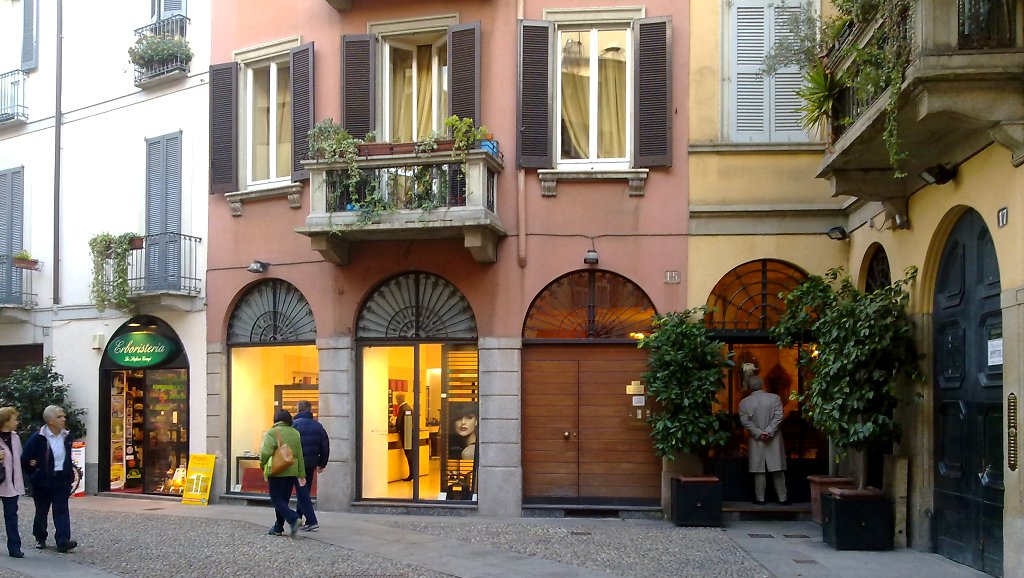 The Brera district is one of the most evocative in Milan, once populated mainly by artists and bohemians. Brera has only in part survived modern reconstruction, so its original character has changed - but this is not to the detriment of its shopping itinerary which is full of surprises. The narrow streets around the Brera Academy and the Corriere della Sera headquarters have several interesting boutiques of ladies apparel, curiosity shops, bric-à-brac and, particularly in these last few years, antique shops.

HOW TO GET THERE. You are within easy reach of the Brera district from the Lanza or the Moscova subway station. Be carefeul, however, as Lanza is currently closed - till April 15, 2015.
Walking, however, is always the best way to see a city, and in this case it would seem to be a particularly good idea; so start from Piazza Scala (subway stations Duomo or Montenapoleone) and go down Via Verdi, which leads straight into Via Brera.