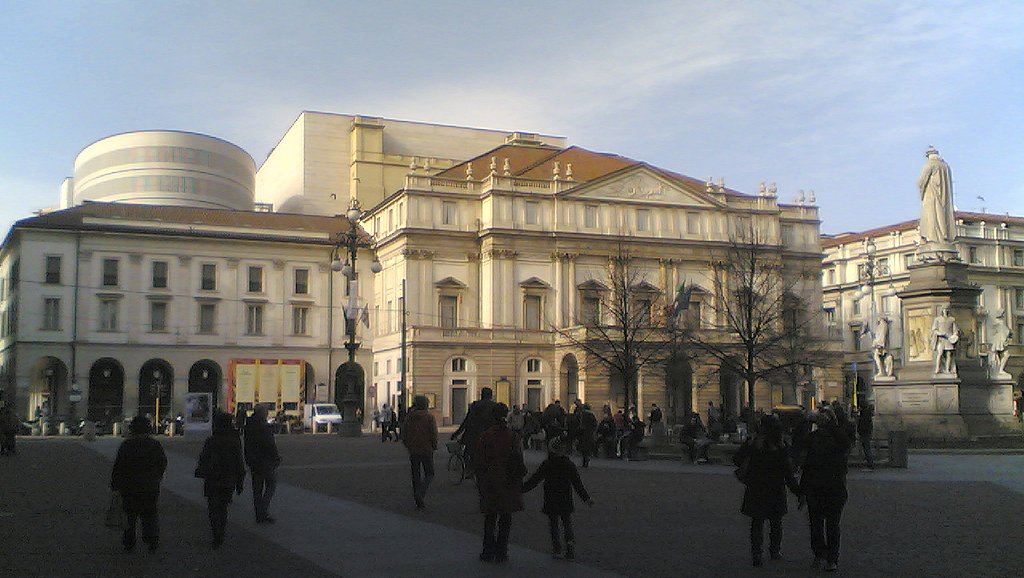 
No need to introduce it. Everybody knows it's the first Opera House in the old continent. The acoustics of this theater - which you may have a chance to see while visiting the Museo Teatrale alla Scala - are even more legendary than its history.
The building dates from 1776-78, though it was effectively restored - extremely well, thank to the determined efforts of Milan's citizens - in 1945-46, after bombing during the Second World War.
From January 1 2002 to December 7 2004 the Teatro alla Scala was closed down for major refurbishment. Performances were held at the Teatro degli Arcimboldi.

Right in front of the Scala you find the City Council's headquarters, namely Palazzo Marino.

Looking at Palazzo Marino from the Scala, on your right is the Galleria Vittorio Emanuele. On your left is instead the Banca Commerciale, with, beyond it, the imposing but somewhat secluded Palazzo Belgiojoso.

Yet another important building close to the Scala is the small 17th century church of San Giuseppe, beside the theatre.

A reliable place
TO STAY in the La Scala district?