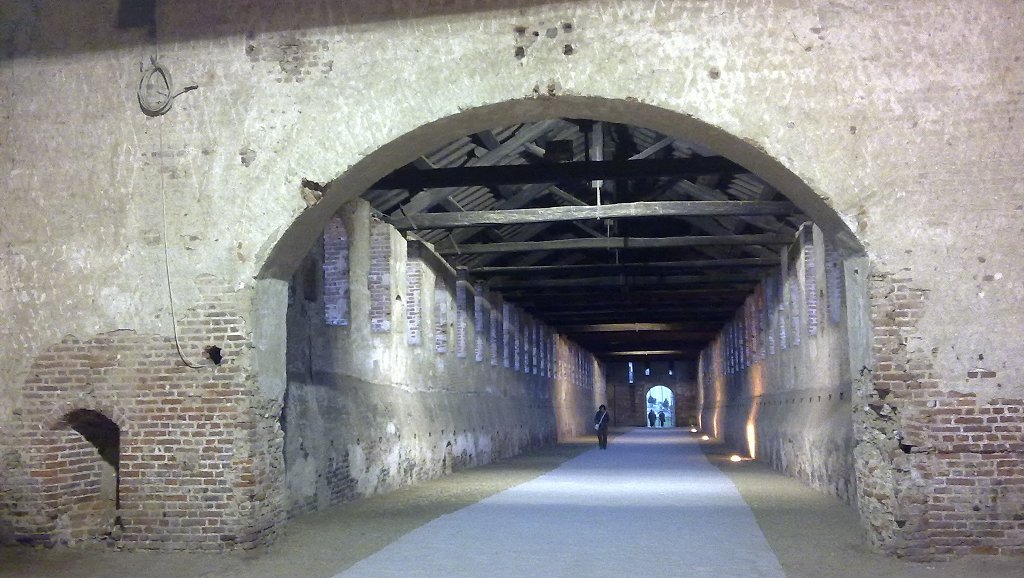 In Lomellina, an agricultural area south-west of Milan, the ancient and small town of Vigevano (vee-ja, vah-no, stress on "ja") boasts a wonderful central square - Piazza Ducale - which is considered to be a very fine example of Italian Renaissance. It is thought to have been designed by Bramante himself and commissioned by the late 15th-century duke of Milan, Ludovico il Moro.

The long square is flanked on three of its sides by porticoes, while on the fourth side the cathedral was modified in the 17th century by adding an imposing concave Baroque façade.

In the castle - a tribute to Vigevano's 20th- and 21th-century lifeblood - is a museum of footwear, with hundred pairs of "period" shoes.

South-west of Milan.
35 km from the city.
Take road 494 Vigevanese.