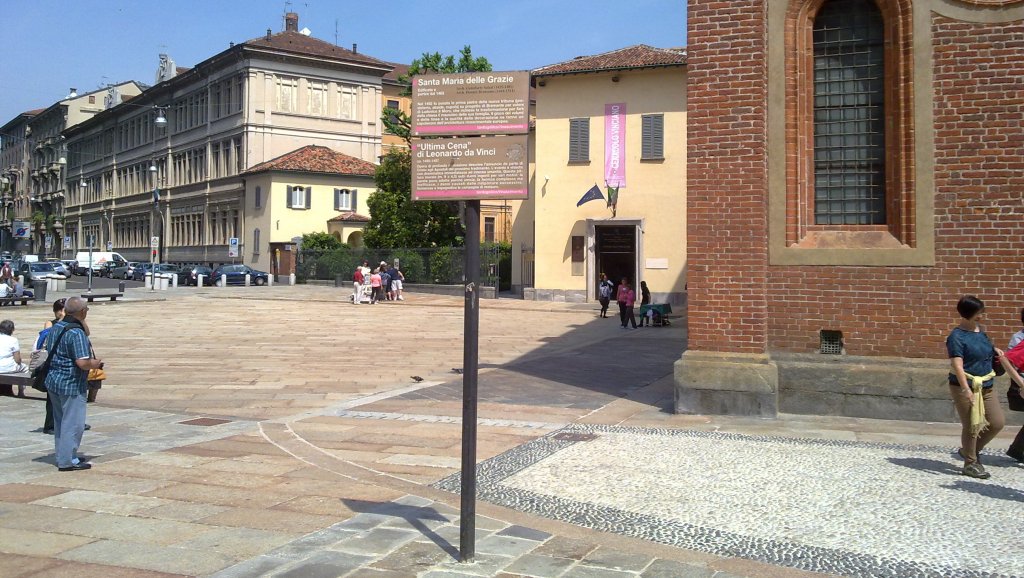 
Leonardo da Vinci painted L'Ultima Cena, or The Last Supper, in what five centuries ago was the friars' dining room at Santa Maria delle Grazie, and is now officially called Cenacolo Vinciano (or "Da Vinci's refectory").
.:. The trouble with this artwork lies in its technique. Rather than relying on the usual "a fresco" method, Leonardo took the risk of painting on a wall in much the same way as he would have done on wood. He redid it and refined it to his satisfaction, but the result soon proved fragile.
.:. It therefore comes as no surprise that the latest restoration too - completed in May 1999 - has taken some twenty years, and provided the highly reputed restorer, Pinin Barcilon, with criticism as well as praise. The whole issue inevitably hinges on what Barcilon saved from ruin and what people think she repainted ex novo.
Want to see Da Vinci and can't book...?

Reserve a city bus tour through our partner Viator.
.:. As a matter of fact, reserving a bus tour can be the only way to be sure to be admitted.

visits last 15 minutes and must be booked: online, by phone or on the spot for the same day (if available); Tue-Sun 8:15am-6:45pm; no credit cards; discounts for students, under 18 and EU citizens over 65