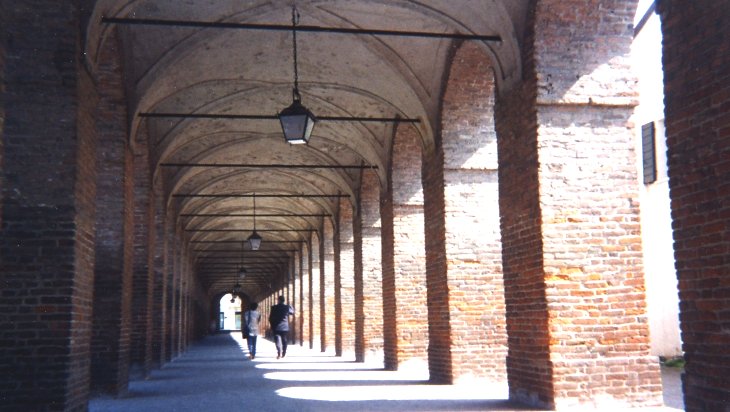 
Halfway between Mantova and Parma is Sabbioneta pronounce Sahb-beeo-na-tah), also called "little Athens", a village entirely rebuilt as an utopian city between 1560 and 1591.

A gem in the history of urban projects: its Signore, Vespasiano Gonzaga, built here not only fortifications, gates, schools, but also a large frescoed palazzo, his own splendid residence, a church with his mausoleum and, to a project by Vincenzo Scamozzi, the remarkable Teatro Olimpico, or Olympic Theater.