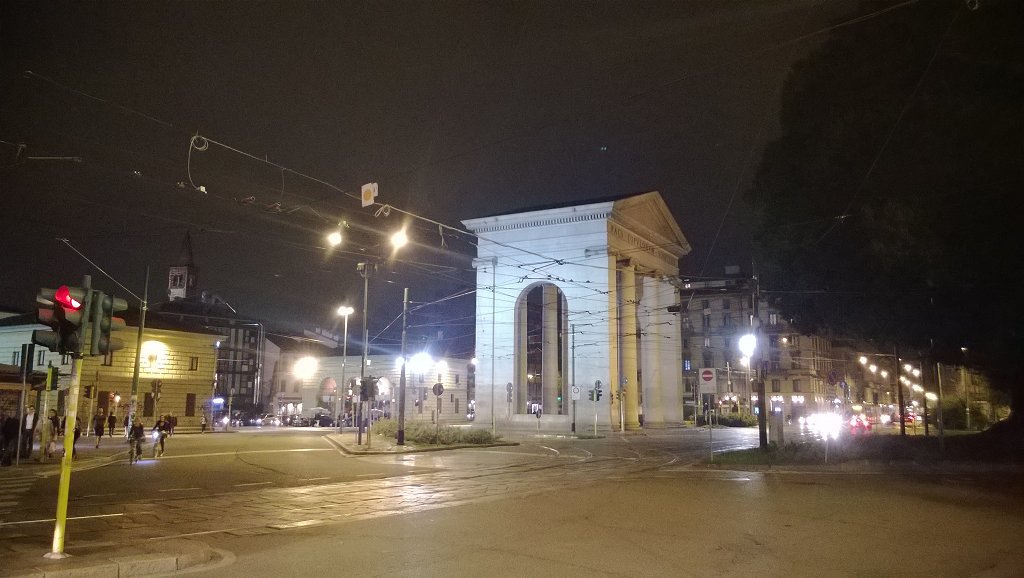 
A very characteristic district, once the town's port. Strange as it may seem today, till 1928 Milan was penetrated, even close to the center, by canals - or Navigli - and barges. The inner circle of waterways used to be where, on the clickable map, you see the border between yellow and black.

Like in any other town, Milan's port was a lively place, with occasional seedier overtones. Ticinese is still a working-class district, although smart shops, restaurants and cafés now abound.

An exceptional church, San Lorenzo, is located here, with original Roman columns still standing in front of it.

A patch a greenery (much more modern, though: there were residential buildings here until destroyed by bombs in the Second World War) connects San Lorenzo to the equally splendid church of Sant'Eustorgio.

If you keep walking, about a hundred meters towards the suburbs, you reach the Darsena (Basin) and the external Navigli - these, picturesquely, still full of water. It is an animated area for nightlife too, where people hang out after dark, come for a drink, to have an ice-cream or listen to live music.