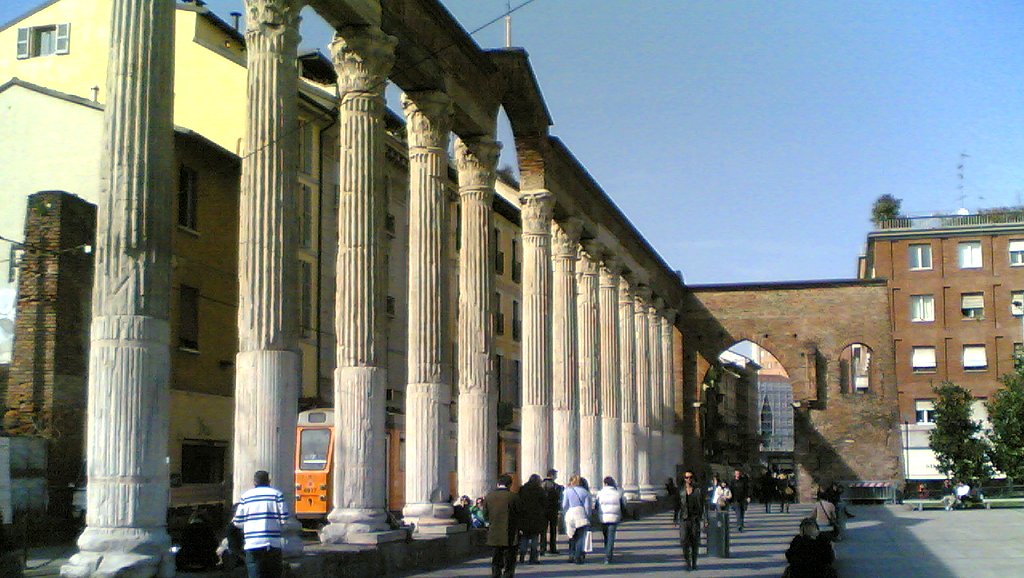 The sixteen columns of the 2nd century AD still standing in front of the basilica of San Lorenzo are the most important Roman remains in Milan.

They were part of a temple (or perhaps even a public baths complex), and were transported here in the 4th century AD to form the front side of a four-sided portico.