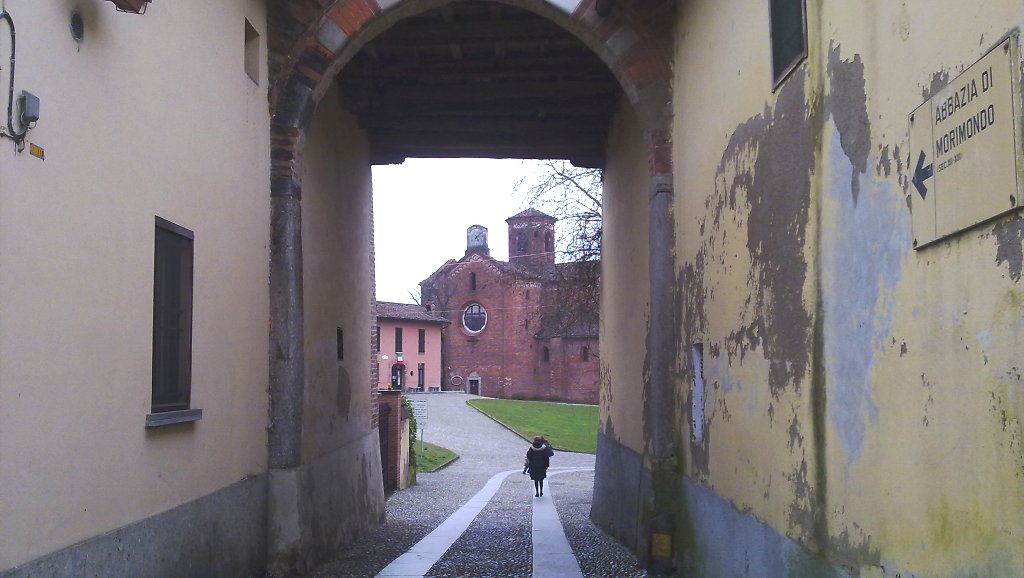 
In order to fight any further diffusion of Covid-19, people are advised to be very cautious when meeting others. A distance of a meter or so must be kept - and a face mask (better if surgical) worn when being indoor - in case of any personal encounters.
.:. Though Milan and Lombardy are still at risk, some behaviours are allowed. Starting from Monday, June 14 not only shops are at work, and bars and restaurants may serve outdoor (indoor, six people max at the same table), but also museums, theaters and cinemas operate again. Curfew suspended.
.:. Official news at the YesMilano website.


More secluded than Chiaravalle - nonetheless possibly crowded on summer weekends - is another Cistercian abbey some 30 km south-west of Milan, in a pleasant ambience not far from the Ticino river.

Morimondo (to be pronounced moh-ree mon-doh) was established around 1135 by monks coming from Morimond, France, and in the following centuries it became very rich, which is why its church, duly gothic, is so large and imposing.

The interior of the church and the cloisters were restored in view of the Roman Catholic jubilee in the year 2000, and more restoration works were decided in November 2009. 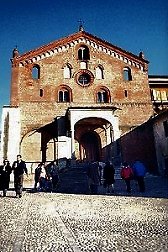