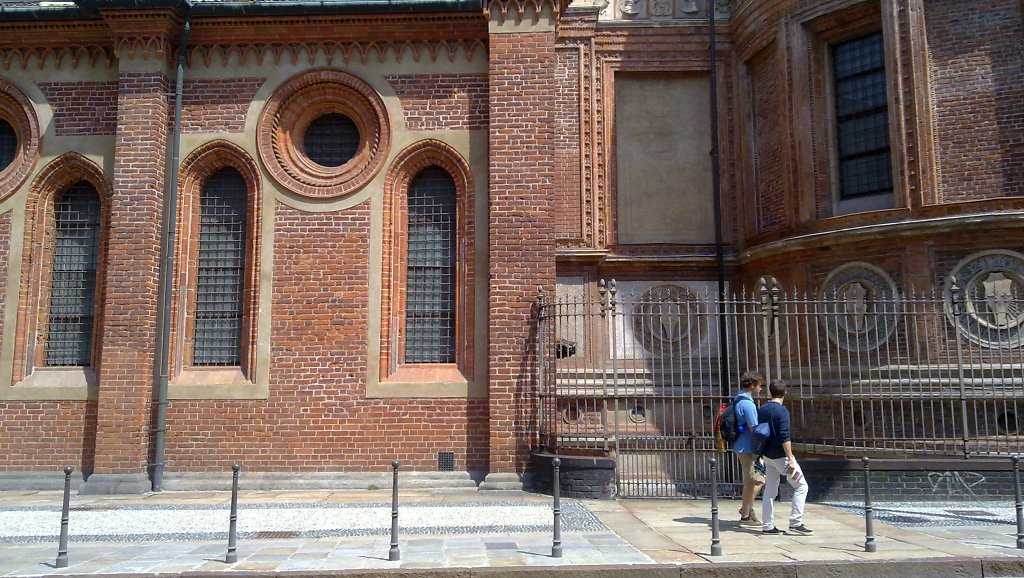 
A 19th century district with many good shops, flanking a street - Corso Magenta in fact - that has existed on this site since the times when Milan was capital of the Western Roman Empire (3rd century AD).
.:. Aptly, the Museo Archeologico (Archaeological Museum) is here, hosted in the former convent of San Maurizio al Monastero Maggiore with the imposing Palazzo Litta right opposite.
.:. A short walk towards the suburbs brings you to the Renaissance church of Santa Maria delle Grazie. It was in the convent here that, between 1495 and 1497, Leonardo da Vinci painted his most famous and largest work: The Last Supper.

A reliable place
TO STAY in the Corso Magenta district?