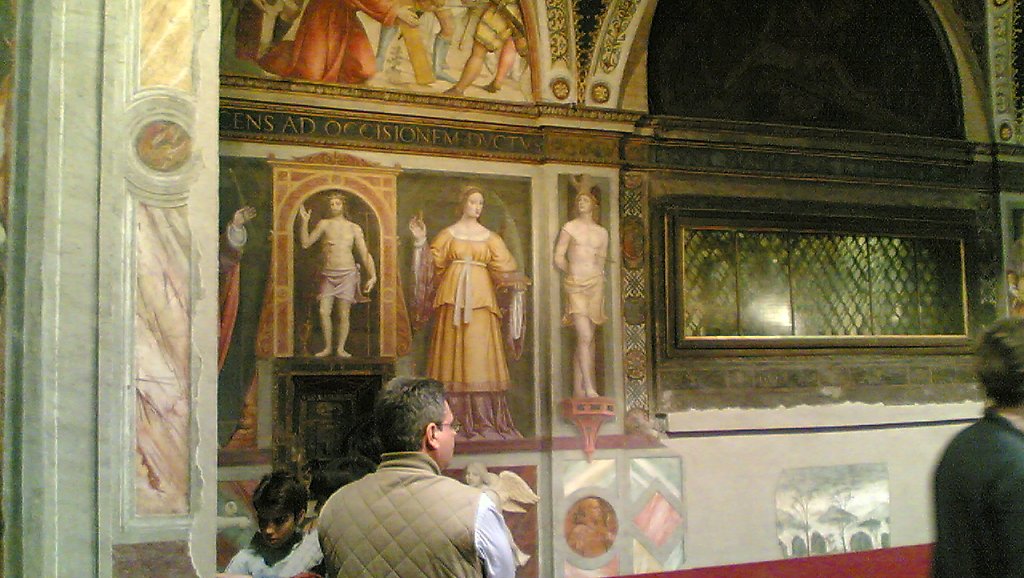 On the corner of Via Luini and Corso Magenta stands the lovely 16th century church of San Maurizio, whose walls were frescoed between 1520 and 1570 by Bernardino Luini, Giovanni Antonio Boltraffio and several others.
.:. San Maurizio was built before 1519, probably on a design by Gian Giacomo Quadri known as Dolcebuono, and belonged to the Benedictine nuns of the convent nearby (now the Archaeological Museum). The church, in fact, is divided into two parts, one for the faithful and another, separated by a partition, for cloistered nuns. Both parts are widely frescoed.
.:. San Maurizio is regularly visitable, thanks also to the volunteer members of the Touring Club of Italy who keep it open.