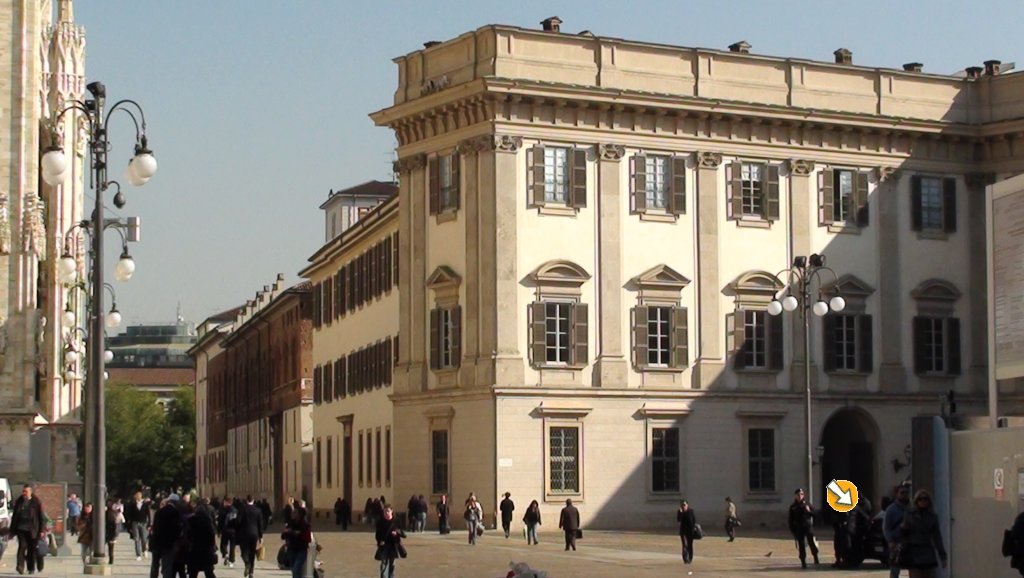 .:. The InfoMilano service is no longer located at the Urban Center, in the Galleria Vittorio Emanuele II at the corner with Piazza della Scala. You now find it at Piazza del Duomo 14, which is one of the doorways to Palazzo Reale (pictured). It is open to the public Mon-Fri 9am-7pm, Sat and Sun 10am-1pm; closed on December 25 and January 1st. Their e-mail address is infotourist@comune.milano.it.
02 02 88455555


.:. Hop-on hop-off tours by open-topped double-decker bus organized by Zani Viaggi depart daily every hour 9:30am-4:15pm from Foro Buonaparte 76, close to the Castello Sforzesco and the central tourist office IAT. The three tour routes last between between 60 and 90 minutes and are inter-connected, so you can hop between them. The ticket is valid 24 or 48 hours, and allows you to get off at any stop and catch another bus later. Pre-recorded comments are available in Italian, English, French, German, Spanish, Portuguese, Japanese anc Russin.

.:. Half-day sightseeing tours by bus are organized by Zani Viaggi from Tuesday to Sunday. Departures at 2:30pm from Foro Buonaparte 76. The tour lasts about three hours and the ticket price includes a visit to the Duomo and entrance to the Last Supper.

.:. Excursions by boat along the Navigli canals are scheduled on weekends from April 25 through September 30. Ask at the IAT Tourist Offices or visit the Navigli Lombardi website.

Be careful: starting July 18 2009 teenage drinking is prohibited all across town and anyone who supplies youths under the age of 16 with alcohol - either wine or spirits - will face punishment.
The Milan City Council was among the first to introduce a regulation of this kind in Italy.
Whether you agree or disagree - at CiaoMilano quite frankly we find it a little over the top - please keep in mind that a fine of up to €450 will be imposed on the parents of offending children and on shopkeepers or bar owners who serve them.