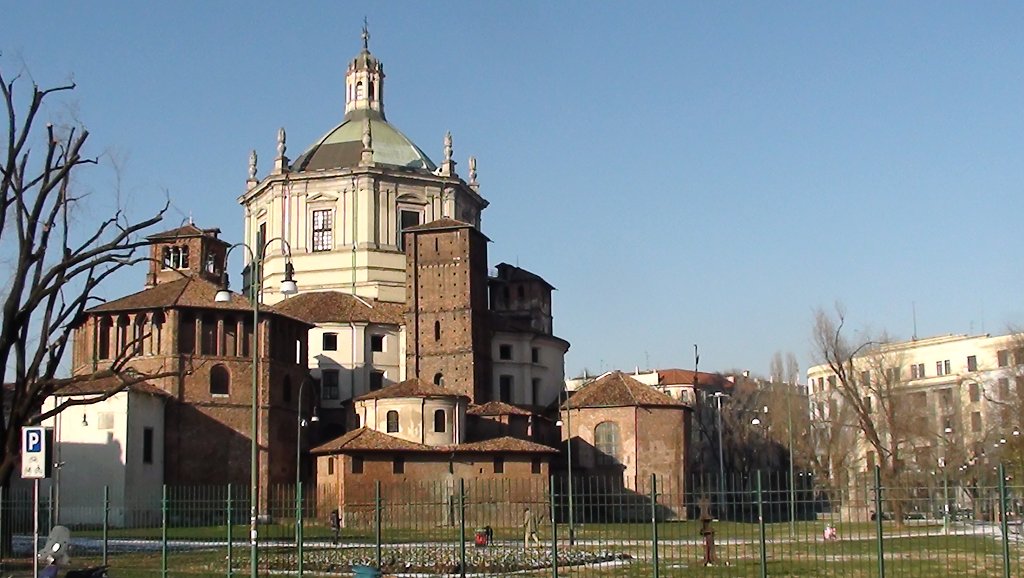 
In order to fight any further diffusion of Covid-19, people are advised to be very cautious when meeting others, even outdoor. A distance of a meter or so must be kept - and a face mask (better if surgical) worn - in case of any personal encounters.
.:. Though Milan and Lombardy are still at risk, some behaviours are allowed. Starting from Monday, June 14 not only shops are at work, and bars and restaurants may serve outdoor (indoor, six people max at the same table), but also museums, theaters and cinemas operate again. Curfew suspended.
.:. Official news at the YesMilano website.


Although obviously changed a lot from the 4th century AD, when it was the largest centrally planned building in the Western world, the church of St Lawrence has remained fairly faithful to its original Early Christian plan. The reconstruction of the basilica between 1573 and 1619 - to a brilliant project by Martino Bassi - didn't affect it.

Inside, chapels of various age and structure make a sunburst pattern. The chapel of Sant'Aquilino (to the right of the entrance) is a former 4th century mausoleum, with remains of the original mosaic decorations.

It was in Piazza Vetra, the back of San Lorenzo, that capital punishments used to take place.

In front of the church stand the Columns of San Lorenzo.