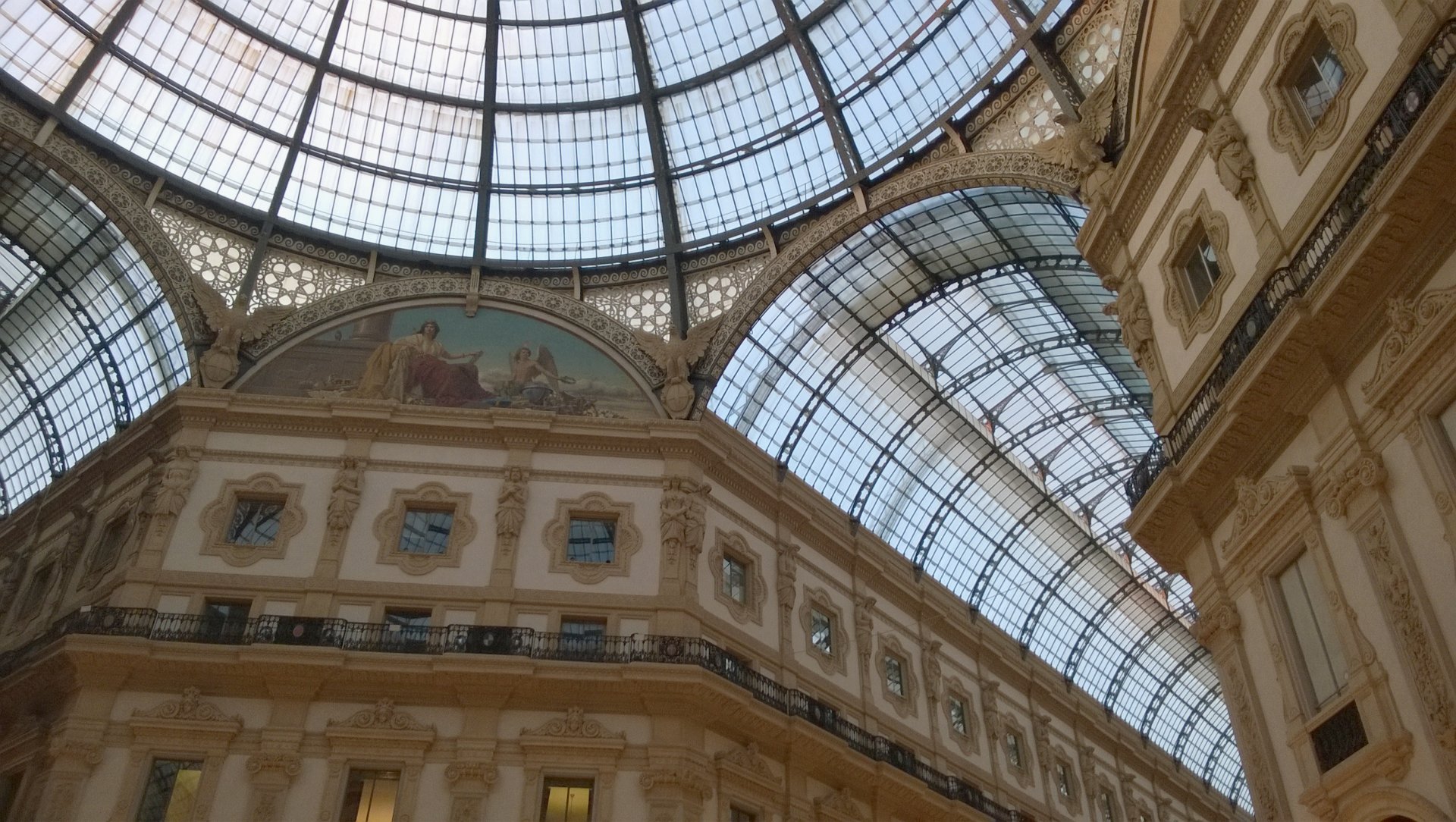 
Called "Il salotto di Milano" ("Milan's parlor") because it has been the largest and most popular rendezvous for over a century, the Vittorio Emanuele Gallery has a 19th-century atmosphere, enhanced by the elegance of some of Milan's finest stores.

Savini, considered Milan's finest traditional restaurant, is here. So are some of the city's best bookstores such as Bocca, Garzanti or Rizzoli and, at the far end towards Piazza Scala, a small City Council's information bureau called InfoMilano.

The Galleria was designed by architect Giuseppe Mengoni, built between 1864 and 1878, and. extensively restored - or replastered, if you prefer - before the Expo 2015. If you walk through it, you finally reach Piazza Scala, with the famous Opera House.