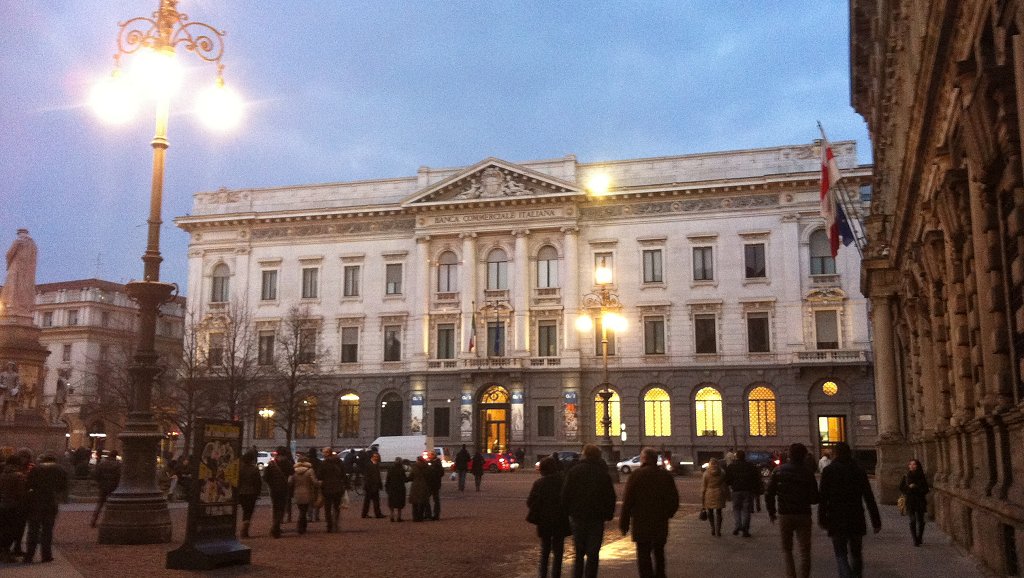 
When it was founded around 1900, Banca Commerciale Italiana (or Comit) marked the start of interest by German banking and financial enterprises in Milan's business market.

Its headquarters were built in 1907, on a site where the 17th century church of San Giovanni alle Case Rotte (St. John's "at the Broken Houses"), by Francesco Ricchino, used to be.

The Banca Commerciale Italiana does no longer exist as a bank. It was merged into the Intesa group, which is now part of the Intesa Sanpaolo group.

The Intesa SanPaolo group has turned the builiding into an art museum, the Gallerie d'Italia. Piazza Scala, which includes two more historical buildings along the nearby Via Alessandro Manzoni.