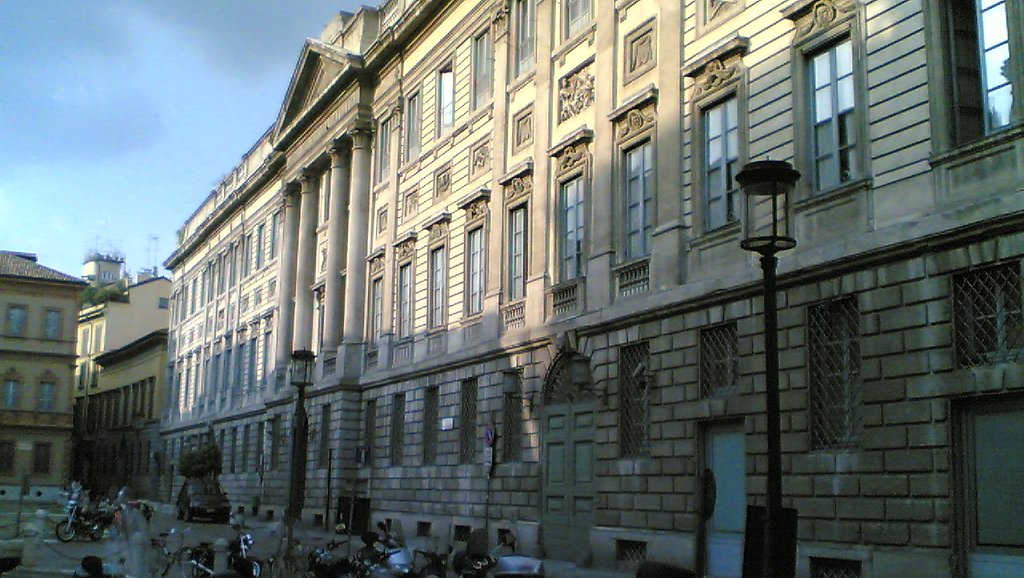 
In order to fight any further diffusion of COVID-19, people are advised to be very cautious when meeting others, even outdoor. A distance of a meter or so must be kept - and a face mask (better if surgical) worn - in case of any personal encounters.
.:. Milan and Lombardy are still at risk, though bars, restaurants, shops and even museums are beginning to reopen starting from Wednesday, June 3. Finger crossed.
.:. More official news at the YesMilano website.


Palazzo Belgiojoso was built by Giuseppe Piermarini (the same 18th century architect who designed the Scala) on behalf of the Belgiojoso family, which we also come across while visiting the Villa Reale.

As for the pronunciation, bear in mind that Belgiojoso is the old way of writing a name which appears in the current Milanese phone directories as Belgioioso. It sounds something like Bal-joh-yoh-soh - and it means "handsomehappy"...

It was in this palazzo, by the way, that the famous industrialist and financier, Raul Gardini, committed suicide in 1993.