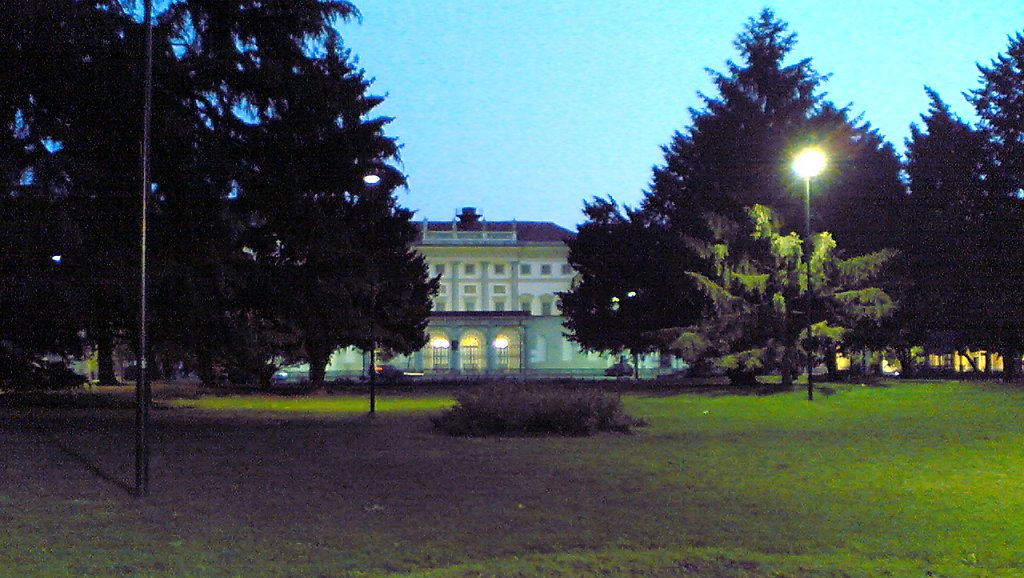 
In order to fight any further diffusion of Covid-19, people are advised to be very cautious when meeting others, even outdoor. A distance of a meter or so must be kept - and a face mask (better if surgical) worn - in case of any personal encounters.
.:. Though Milan and Lombardy are still at risk, some behaviours are allowed. Starting from Monday, June 14 not only shops are at work, and bars and restaurants may serve outdoor (indoor, six people max at the same table), but also museums, theaters and cinemas operate again. Curfew suspended.
.:. Official news at the YesMilano website.


Built in 1790 by Austrian architect Leopoldo Pollak for the noble Lodovico Belgiojoso, Villa Reale is an imposing but lovely neoclassical building. The rear façade, open onto the garden, is really worth seeing.

The villa was the Milanese residence of Napoleon and, later, of the Kings of Italy (hence its common name of "Royal Villa"). Since 1928 it has been owned by the City Council, or Comune (hence its official name of Villa Comunale).

It houses the Museo dell'Ottocento - called until recently Galleria d'Arte Moderna - with 19th-century French and Italian paintings. Particularly famous are Segantini's works and - before this painting was moved to the Museo del Novecento - Pellizza da Volpedo's The Fourth Estate.

Beside the Villa Reale is the PAC (an acronym, to be pronounced pack, for Padiglione d'Arte Contemporanea), designed by Ignazio Gardella in 1948-54. This art pavilion was destroyed by fire in 1993 after a Mafia bomb was placed in a car nearby (and killed five people).

Its reconstruction to the original scheme was completed in 1996, and the PAC now again hosts its temporary exhibitions.