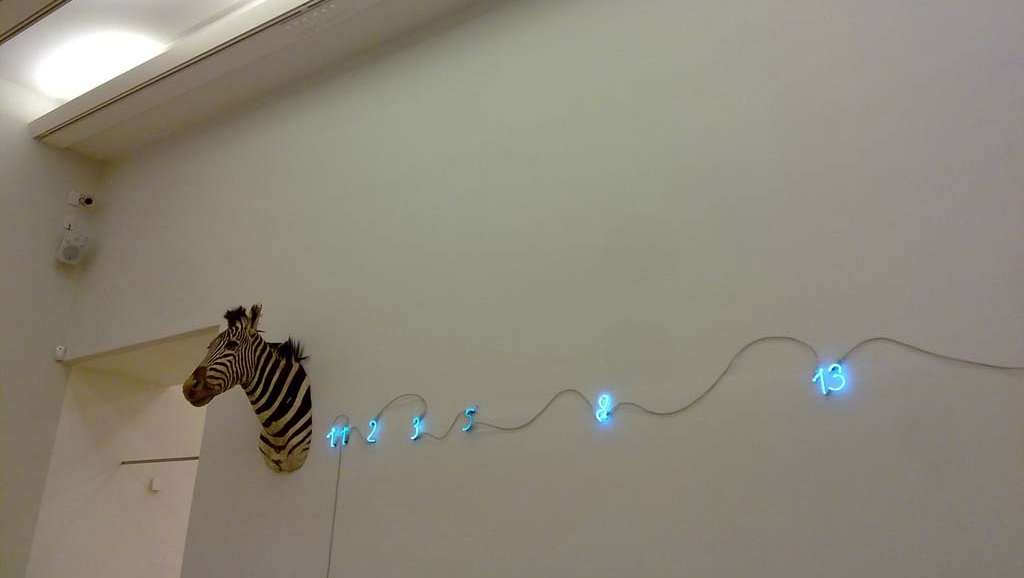 
slideshow .:. The "Museum of the 20th Century" is a radical resetting of the Cimac, the City Council's collections of modern and contemporary art, assembled through decades of citizens' donations.

.:. #futurism
The artworks' timespan stops around 1968. The main funds include the Futurism - especially works by Umberto Boccioni - and the Novecento itself, a minor art movement born in Milan in 1922.

.:. #arengario
Since 1984, the Cimac had been housed in the upper floor of Palazzo Reale. Since December 2010, instead, the new Museo del Novecento has been exhibited in the rebuilt interiors of the Arengario, a building protruding into the Cathedral Square which belongs to the same block as Palazzo Reale, but is much more recent than the palazzo itself.

.:. #luciofontana
The Arengario has been disemboweled to allow room for a big helicoidal staircase. At its top, a hall with works by Lucio Fontana is the only wide room available. The other exhibition rooms are not large. Il Quarto Stato ("The Fourth Estate") by Giuseppe Pelizza da Volpedo, an early 20th-century symbol for progressive and socialist causes, looked particularly cooped up, before a special exhibition was dedicated to it between 2013 and 2014.

.:. #escalators
The Museum's levels are connected by escalators - with views on some original details of the palazzo, before its 18th-century rebuilding - very similar to the ones of la Rinascente, a department store at the opposite side of the square.