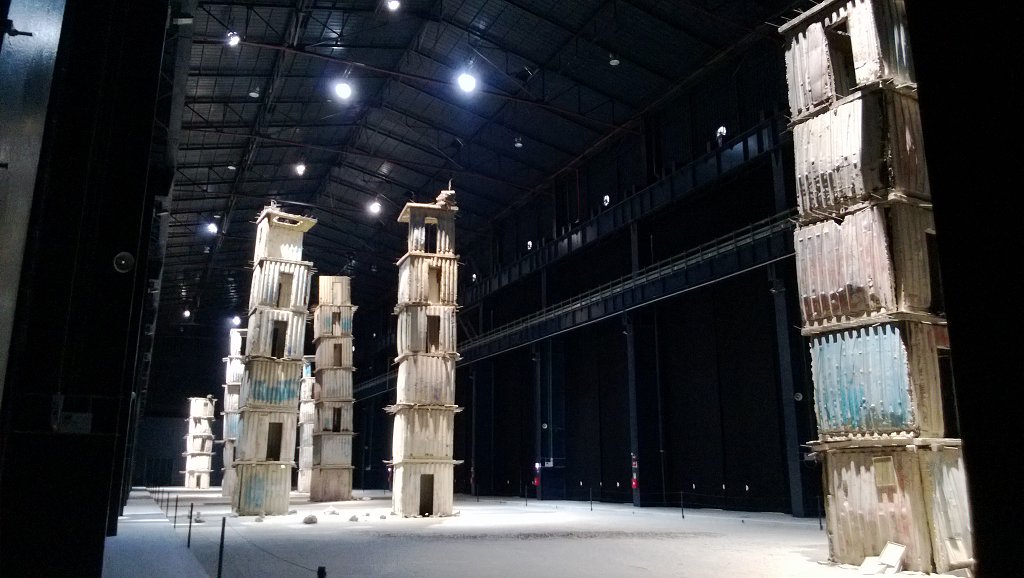 slideshow .:. The seven huge towers devised and mounted at the Hangar Bicocca in 2004 by German artist Anselm Kiefer have been accompanied - starting from late September 2015 - by five new large canvases by the same artist. The imposing ex-industrial structure, renovated by Milanese architect Vittorio Gregotti for the Milanese tyre manufacturer Pirelli (the world’s fifth-largest), unveis a world which is both sacred and profane, heavenly and cabalistic, dark and dazzling.
.:. Beyond their magic, technically speaking the seven towers are made of reinforced concrete and lead, decorated with varying shades of color, lettering, bits of paper and other intriguing elements.
.:. The Hangar always hosts more exhibitions. Look at their good website.