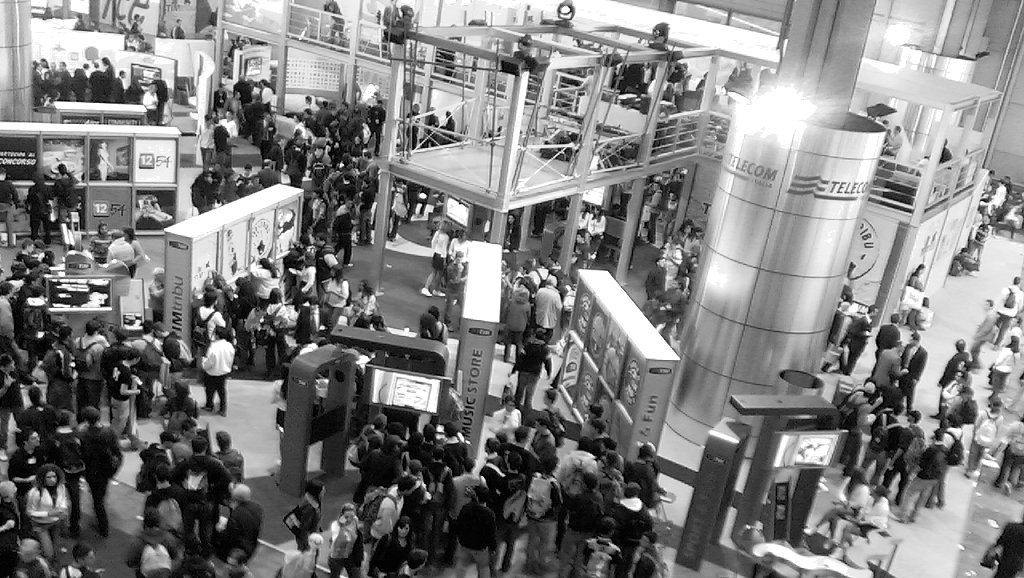 
Milan's Fiera is by far the most important convention and trade exhibition center in Italy. It was established in the late 1910s, and for decades its public displays were also places where the (workaholic..) Milanese went to enjoy themselves.
.:. Since the 1950s the Fiera has significantly expanded the number and the time length of its exhibitions.
.:. Today the historical fair ground, named FieraMilanoCity, is being gradually substituted by the more recent - and much larger - FieraMilano north-west of Milan, in the area of Rho and Pero. The red line of the subway has been purposefully upgraded to reach there.
.:. In 1997 the Fiera has donated to the town a big new fountain, located in the very central Piazza San Babila.