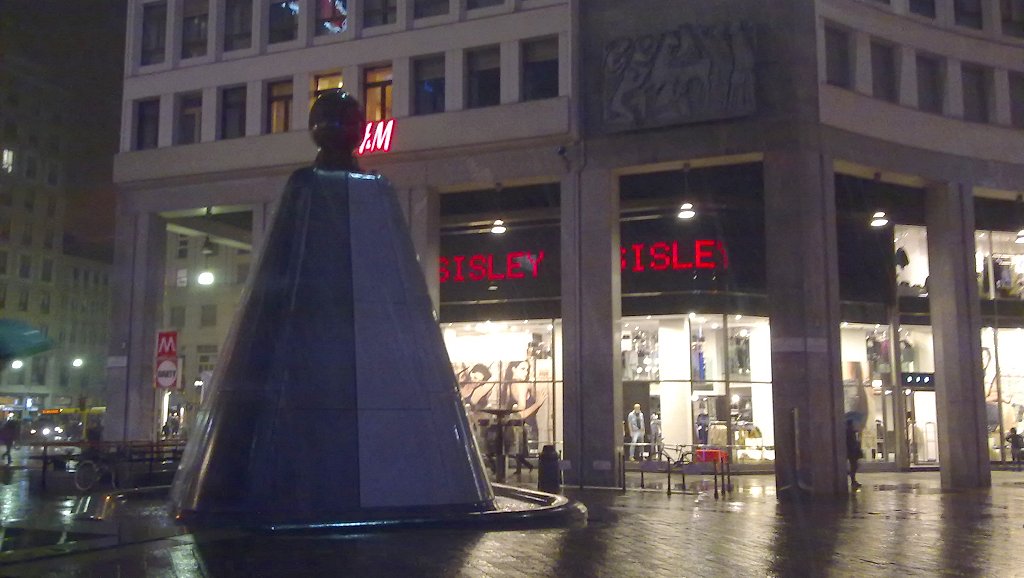 
Not far from the Piazza Duomo - only the short Corso Vittorio Emanuele lies between them - Piazza San Babila has been long famed as a pupular meeting-point for the affluent Milanese. A couple of theaters are reminders of those days, although the real "in" people now rarely show into such crowded surroundings.

Most of the square's architecture comes from the Fascist 1930s. Nearby Corso Matteotti is named after a Socialist MP killed in 1928; it was previously called Corso Littorio to honor Mussolini's favorite emblem.

The big fountain in the middle of Piazza San Babila is fairly recent, having been donated to the town by Fiera Milano, the Milan Exhibitions authority, in 1997.

The church dedicated to Saint Babila (pronounce bah-bee-lah, with the stress on the first vowel) was restored at the beginning of the 20th century, an example of the notorious "rebuild-it-as-it-might-have-looked" approach. Its origins are nonetheless really ancient, having been traced back to the 5th century.