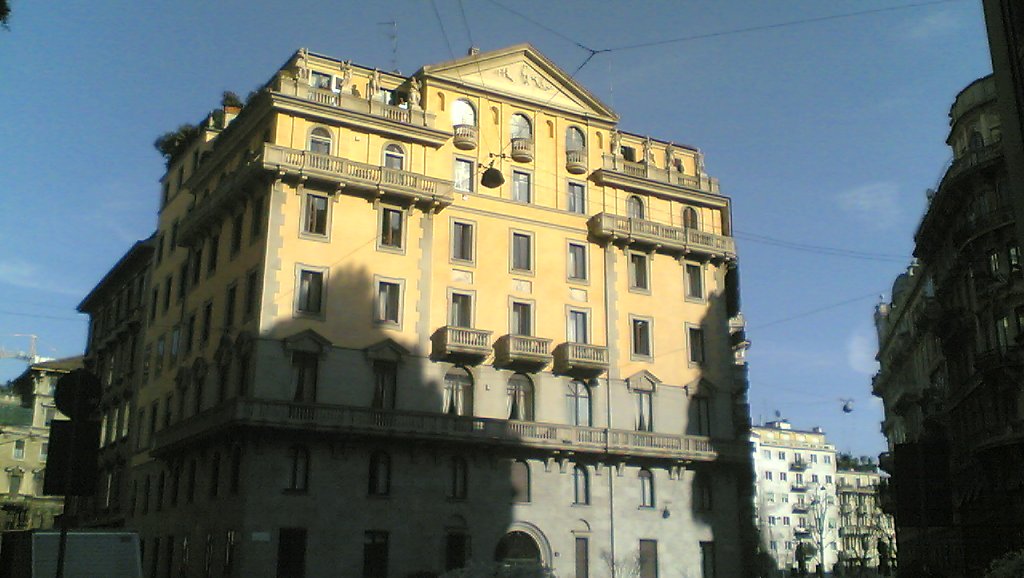 
From the Giardini Pubblici, after crossing the Corso in front of the natural history museum, you come to Piazza Duse. At no. 2 is an elegant 1930s house by Gigiotti Zanini.

From here you can see, at the corner of Via Vivaio and Via Cappuccini, Casa Berri Meregalli (1911-14) by architect Giulio Ulisse Arata. It is an intriguing example of extreme eclecticism, where neo-Romanesque mingles with Gothic and Renaissance with Art Nouveau. In the entrance hall is a sculpture by Adolfo Wildt.

Now follow Via Cappuccini - looking for some flamingoes (!) dwelling in a garden on the right side - and then keep left.

At the corner of Via Serbelloni and Via Mozart stands a group of unusual houses built between 1924 and 1930, the most outstanding of which is the brick-clad Palazzo Fidia at Via Melegari 2. A fine example of eclectic garden house of the 1920s, Palazzo Fidia was designed by architect Aldo Andreani.