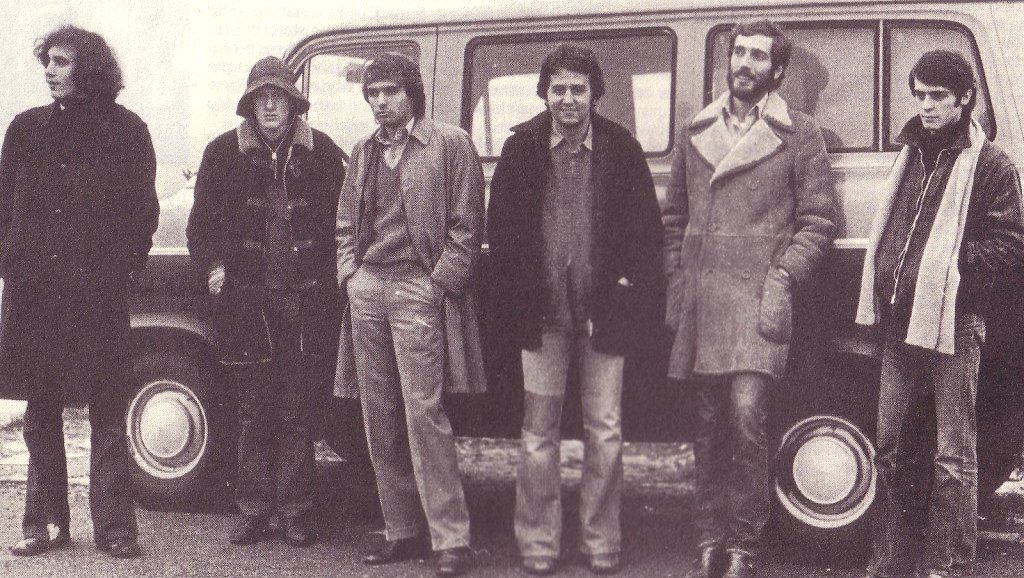 .:. In the immediate post-war period Milan acquired a musical identity of its own thanks to the enthusiastic work of Giovanni D'Anzi (1906-1974); he wrote many songs, including the classic O mia bella Madonnina, which was, then as now, first favorite with a somewhat stereotyped Milan.
In the 1950s Milan's music underwent a rapid process of rejuvenation style-wise, also as a consequence of the assimilation of American jazz.

.:. The year 1951 saw the opening of the Arethusa and the Santa Tecla, two Milanese clubs where people went to listen to traditional jazz (the first was wound up long ago, the second recently re-opened, offering a different type of music). A few years later the Taverna Messicana opened, with the emphasis on modern jazz. This musical scenario and the cabaret tradition (in which an outstanding role had been played, in Milan, by Franco Nebbia) both made their influence felt on two singers-cum- musicians-cum-songwriters who first made their names at the end of the 1950s and who continue to be at the top on the Italian musical and theatrical scene: Enzo Jannacci and Giorgio Gaber. The third big name of this period was tied instead to the then up-and-coming rock & roll and to Elvis Presley, whose frantic gestures he mimicked - to the shock of an Italy that was still easily scandalized: this was Adriano Celentano, who is still well know as an actor too. Ricky Gianco was one of his 'clan'.

.:. This was the time when female artists also began to appear on the scene.
Ornella Vanoni initially sang songs that recounted the life of Milan's underworld (the so-called mala). Mina's style came closer to that of the American musicals. The songs of a third essentially Milanese artist, Milva, demonstrated a strong interest in European music and songs of the period between the two wars, presented in a style which spanned both popular and higher-profile music.

.:. At the end of the 1950s two other elements came into play. The big band of the RAI production center was moved from Turin to Milan and became a point of attraction for new musicians, for both jazz and light music; more strictly on the production side, Nanni Ricordi, who came from a dynasty traditionally tied to 'serious' music, began to invest in record production in the consumer music area; later, in the 60s, his perspicacious efforts contributed to the emergence of new songwriters (Lucio Battisti was one of them) and to the formation of several groups (such as Equipe 84 and the Dik Dik), a phenomenon which was absolutely new in Italian musical life.
On the jazz scene Milan continued to be in the front line. In 1959 pianist and composer Giorgio Gaslini introduced, at the Scuola Musicale, Italy's first official recognized course of study dedicated to jazz.

.:. In the 1960s a number of theaters (particularly the Teatro dell'Arte and Teatro Lirico) were made available for important jazz concerts at which the big international names of the time performed.
At the end of the 1960s Milan came up with a new style of music. Two groups with an innovative approach to pop music moved into the foreground: they were Premiata Forneria Marconi (PFM) and Area - each of them was differently influenced by the ideas which were gaining hold through the UK and USA, and their kind of music rapidly spread all over Italy. A few years later several big festivals were organized in the city's suburbs, in the Parco Lambro, resuscitating memories of Woodstock and the Isle of Wight.
In 1979 Lucio Dalla - who originates from Bologna, and is still today one of Italy's most famous pop musicians - dedicated one of his best songs, Milano, to Milan.
A few months later the Milanese born and bred Alberto Fortis, wrote Milano e Vincenzo, a scathing invective against Rome from the Lombard viewpoint.

.:. The last decades have brought no outstanding innovations: if anything, alternative music has been given new emphasis. A few small clubs spread the sounds - sometimes even nationwide - of groups that now seem more inclined towards 'experimental' music.
The field runs the gamut of new-style folk music, reggae, New Age, electric blues and even merges with black humor and cabaret: the lunatic fringe group Elio e le Storie Tese is an eloquent example of what's produced when music and satire join forces.

.:. Jazz is being played on a fairly continuous basis, with gigs by foreign performers on tour and by a sizable coterie of local musicians (like bassist Attilio Zanchi, vocalist Tiziana Ghiglioni and the Nexus group), which grew in number and stature in the 1980s and has now achieved recognition in international jazz circles. And the town now boasts a City Council big band, Civica Jazz Band, made up of students and teachers of the Civica Scuola di Musica. Again on the jazz horizon, Soul Note and Black Saint records, currently considered among the world's top labels, are produced in Milan.

.:. The city is also home to show-business on a grand scale, in the person of the current doyen of entrepreneurs Silvio Berlusconi who, some years ago, also bought Italy's most important popular music magazine, Sorrisi e Canzoni TV. Another Milan-based magazine, at the opposite end of the publishing field, is the long-established monthly Musica Jazz published by Rusconi.