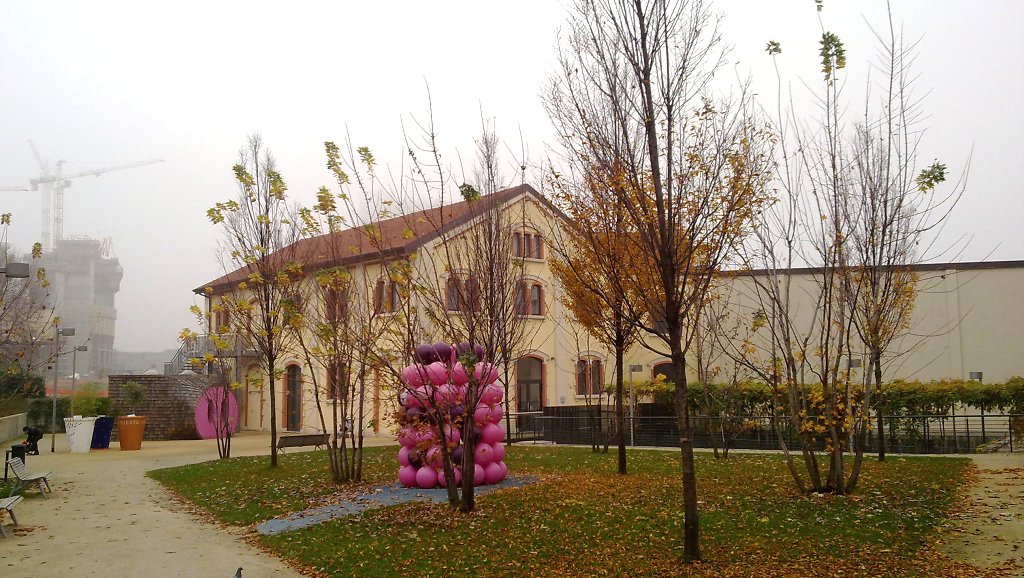 The angst of working and doing is most apparent during rush-hour in Milan's frenzied center, around the Duomo, where most of the big banks and large office buildings are located, and in the so-called 'Centro Direzionale', between the Stazione Centrale and the Stazione Garibaldi. Not all the other zones of Milan are as spasmodic as these... the city's pulse relaxes when you take a walk around the shopping areas, in the elegant Via Monte Napoleone, Via Manzoni, Via della Spiga, or even when you walk along Corso Buenos Aires which has virtually all types of stores. Another shopping district, not elegant, but with good merchandise and at affordable prices, is the Chinatown around Via Paolo Sarpi. Finally there is Corso Garibaldi, a halfway bohemian halfway stylish shopping area next to the old Brera district.

.:. The frenzied traffic of the busy center streets is left far behind as you enter some of the historic sections of the city, and when you walk through the old alleys you forget the jammed traffic and the noisy avenues. The two most exclusive classical residential areas are those around Via Cappuccio, to the left side of Corso Magenta and between Corso Venezia and Corso Monforte in Via Bellini, Via Mascagni, Via Mozart and Via Cappuccini. They are wealthy sections: the first has been so for several centuries, the second has been so since the 18th century. The tranquillity of these residential areas is owing to the isolation that only the very rich can afford. If you walk through these residential areas, take a look inside the old portals after you've admired the lovely façades of these old palazzi. You'll find hidden gardens enclosed by beautiful courtyards.

.:. The quartieri popolari (originally 'working-class districts') that have survived the changes the city underwent in the 20th century are but a few. Brera is relatively unscarred but nearby Corso Garibaldi is more true to its origins. Via Fiori Chiari and Via Fiori Oscuri have lost some of their authenticity since their popularity and appeal has transformed them into fashionable sites for art galleries, cafés and restaurants.

.:. The Ticinese is still Milan's quartiere popolare par excellence: from Corso di Porta Ticinese and its relative crossroads, up beyond the Porta Ticinese as far as Corso San Gottardo, which is already in the Navigli area. (The Navigli were the navigable canals that used to flow across the city; they have long been covered and now flow in the open air outside Milan's 'walls'.) This district on the near outskirts of the city, where two of these canals come in close to the center, still in the open air, has an interesting and dynamic social mixture. Alongside the traditional poor-people's dwellings are renovated and restored penthouses. Working-class people now live door to door with aspiring young intellectuals, upwardly mobile professionals and the scattered offspring of the sophisticated Milano Bene (well-to-do Milanese), who have developed a taste for the folkloric.

.:. A typical feature of the quartieri popolari are the case di ringhiera, a remnant of the old Milan They are apartment buildings with large inner courtyards where each apartment shares a common balcony (ringhiera - railing) facing the inner courtyard. These old buildings used to have only one toilet that would service all of the apartments on that floor, you would walk to it along the balcony. Present dwellers of the 'case di ringhiera' have now had their own private bathroom facilities built.

.:. A district that used to be 100% working class has been uprooted by the construction in the 1960s of the Centro Direzionale and of the Stazione Garibaldi. The half of it that has survived is still named l'Isola ('the Isle'), as in the first decades of the 20th century when it was a conglomerate of factories and working peoples' dwellings.

.:. The 20th century saw extensive changes in the dimensions of Milan. The city grew outwards to 'eat up' villages and towns that have become its suburbs, and which provide homes for former residents of the central areas now taken over by banks and big business.