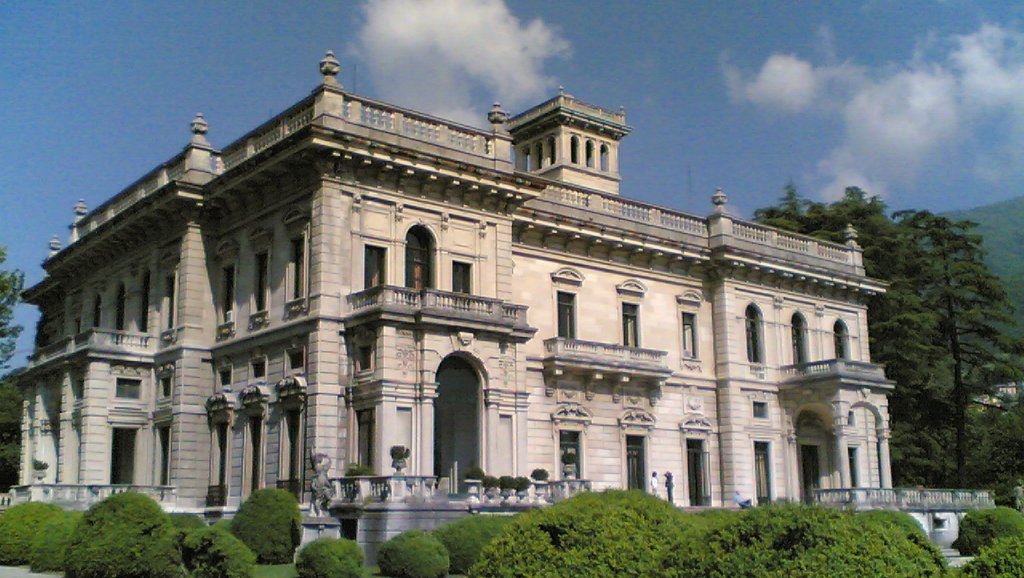 
In order to fight any further diffusion of Covid-19, people are advised to be very cautious when meeting others. A distance of a meter or so must be kept - and a face mask (better if surgical) worn when being indoor - in case of any personal encounters.
.:. Though Milan and Lombardy are still at risk, some behaviours are allowed. Not only shops are at work, and bars and restaurants may serve, but also museums, theaters and cinemas operate again. Starting from Friday, August 6, however, entrance to many indoor venues is allowed only to people who can provide one of the COVID-19 green certifications, in paper or digital format, issued in order to certify they got an anti-SARS-CoV-2 vaccination, healed from COVID-19, or passed a fast or molecular antigen test with negative result for the SARS-CoV-2 virus performed within the last 48 hours. Curfew suspended.
.:. Official news at the YesMilano website.

Villa Erba  is the destination  No. 3
in our visiting tour on Lake Como. A list of destinations is available, each with an audioguide. We travel northbound, from Como to Piona.

Villa Erba is on the edge of Cernobbio, in Largo Luchino Visconti, along the Strada Regina from Como to Cernobbio.

In 1897 Luigi Erba, brother of a well-known Lombard industrialist operating in the pharmaceutical sector, commissioned architects Gian Battista Borsani and Angelo Savoldi to build him a new house, called Villa Erba, on land where a Cluniac Benedictine monastery had stood since the 15th century.
The features of the new building, on a square plan, include porticos on all four façades, a tower and broad steps leading down towards the lake.
In 1922 ownership was passed on to his daughter Carla, wife of duke Giuseppe Visconti di Modrone: the couple had a son, Luchino Visconti, the celebrated director of films including The Leopard and Death in Venice. Luchino spent part of his childhood at Villa Erba where it’s said he amused himself frightening tourists who were strolling along the lakeside. During World War Two the building was requisitioned by the German army for the use of its officers.
Today Villa Erba provides a venue for trade fairs, international congresses and concerts. The modern exhibition facility built in its grounds was designed by architect Mario Bellini, who devised it as a contemporary interpretation of 18th-century greenhouses.