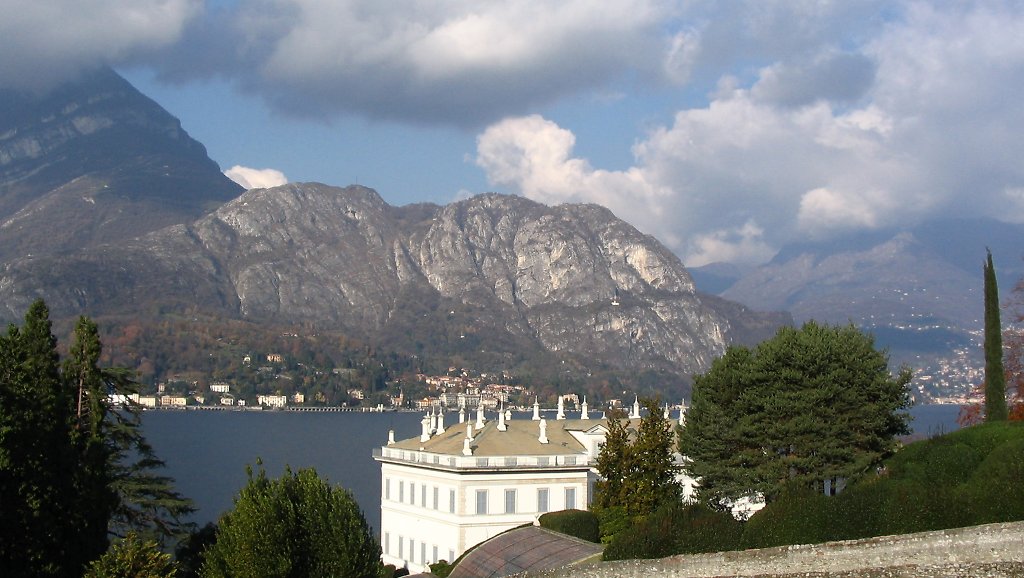 
In order to fight any further diffusion of Covid-19, people are advised to be very cautious when meeting others. A distance of a meter or so must be kept - and a face mask (better if surgical) worn when being indoor - in case of any personal encounters.
.:. Though Milan and Lombardy are still at risk, some behaviours are allowed. Not only shops are at work, and bars and restaurants may serve, but also museums, theaters and cinemas operate again. Starting from Friday, August 6, however, entrance to many indoor venues is allowed only to people who can provide one of the COVID-19 green certifications, in paper or digital format, issued in order to certify they got an anti-SARS-CoV-2 vaccination, healed from COVID-19, or passed a fast or molecular antigen test with negative result for the SARS-CoV-2 virus performed within the last 48 hours. Curfew suspended.
.:. Official news at the YesMilano website.

Villa Melzi  is the destination  No. 24
in our visiting tour on Lake Como. A list of destinations is available, each with an audioguide. We travel northbound, from Como to Piona.

Back to the landing stage of Bellagio, you can follow the road that borders the lake to reach Villa Melzi, about 800 metres away. The villa's gardens would in any case be hard to miss.

Villa Melzi was constructed between 1808 and 1810 to a neo-classical project by Giocondo Albertolli. It had been commissioned by Francesco Melzi, then vice-president of the Cisalpine Republic - the State then encompassing Lake Como as well as Milan - and a close friend of Napoleon.
The house still contains some exceptional artworks: sculptures by Antonio Canova and frescos by Giuseppe Bossi, the liveliest of Lombardy's neo-classical painters.
The English-style gardens of the villa are one of the high points of Lake Como. They were designed by agronomist Luigi Villoresi, whose landscaping plans hinged on the skilful creation of an illusion of space. Visitors encounter a series of changing scenes: lake views alternate with the intimate setting of the Japanese pond or woodland paths. There are many ornamental elements in the garden: exquisite old sculptures, a chapel with two ancient Egyptian statues dating from the 14th and 13th centuries B.C., a pool with a statue of Eros, a chapel with a Renaissance portal where the funerary monuments of Francesco and Luigi Melzi can be seen. The Japanese pond with waterlilies and other aquatic plants is a delightful feature, encircled by Japanese cedars and maples.
Past guests of Villa Melzi include Eugène Beauharnais, the French writer Stendhal, Emperor Franz Josef of Austria, the composer Franz Listz and many other famous figures from the worlds of culture and politics.